I recently had the pleasure(?) of repairing a somewhat vintage EAW MX800 4-band crossover from the early 90s - 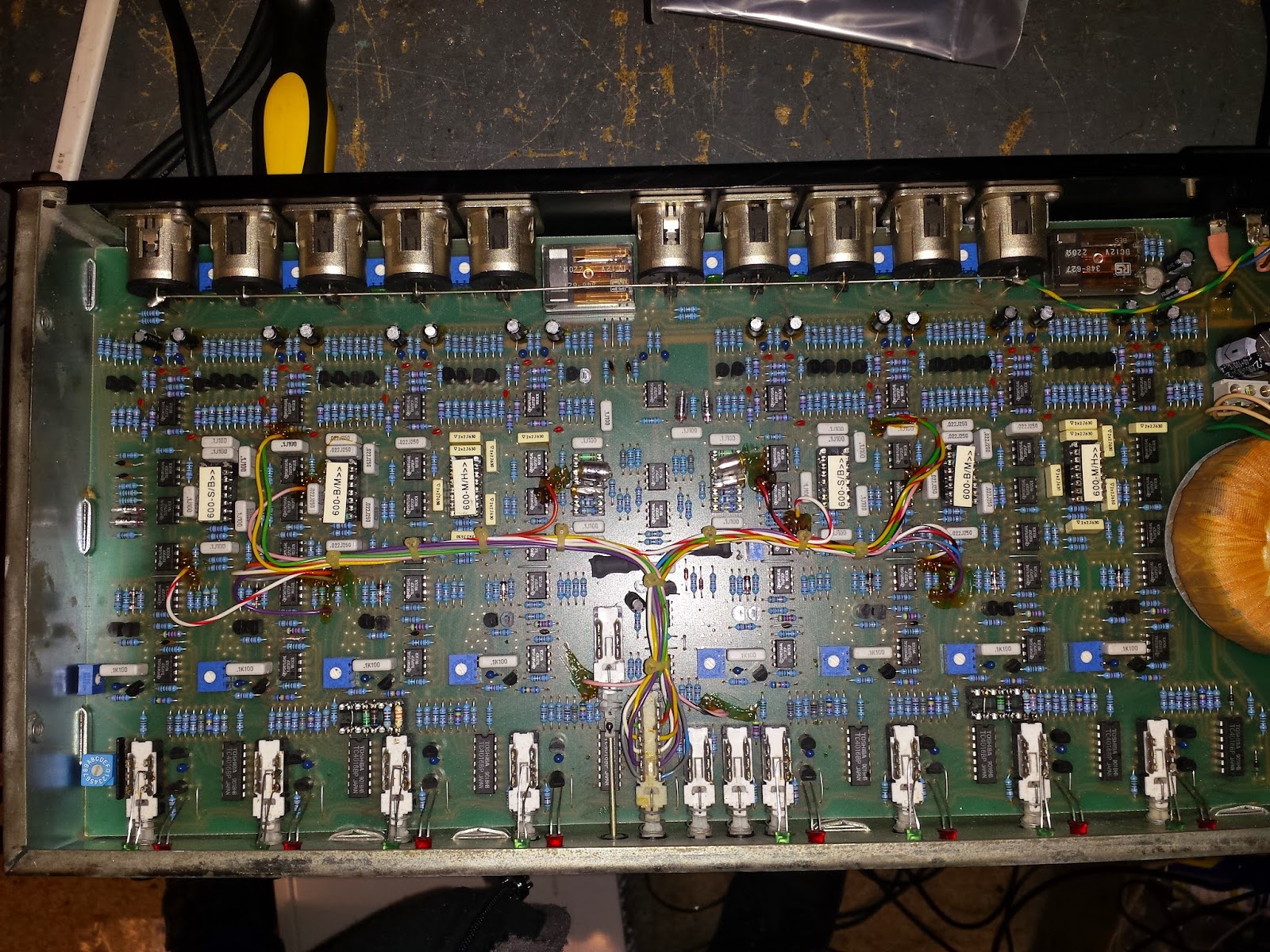 The crossover had blown rather spectacularly during a performance, apparently emitting 50hz at full volume on all 4 channels. As this was during a drum and bass night the crowd reportedly went wild (in a good way) until they figured out that it was unintentional!

Dismantling the unit revealed that the unit had blown its main +15v input regulators (7815 and 7915 respectively) and filter capacitors. Interestingly the filter capacitors seemed to be rated rather low (+-16v for a ~21v transformer output), perhaps as a result of an earlier repair. The PCB tracks under the power section had also burnt slightly so required replacement.

First port of call was to replace the main input capacitors with beefier models, the same capacitance but with a 35v rating : 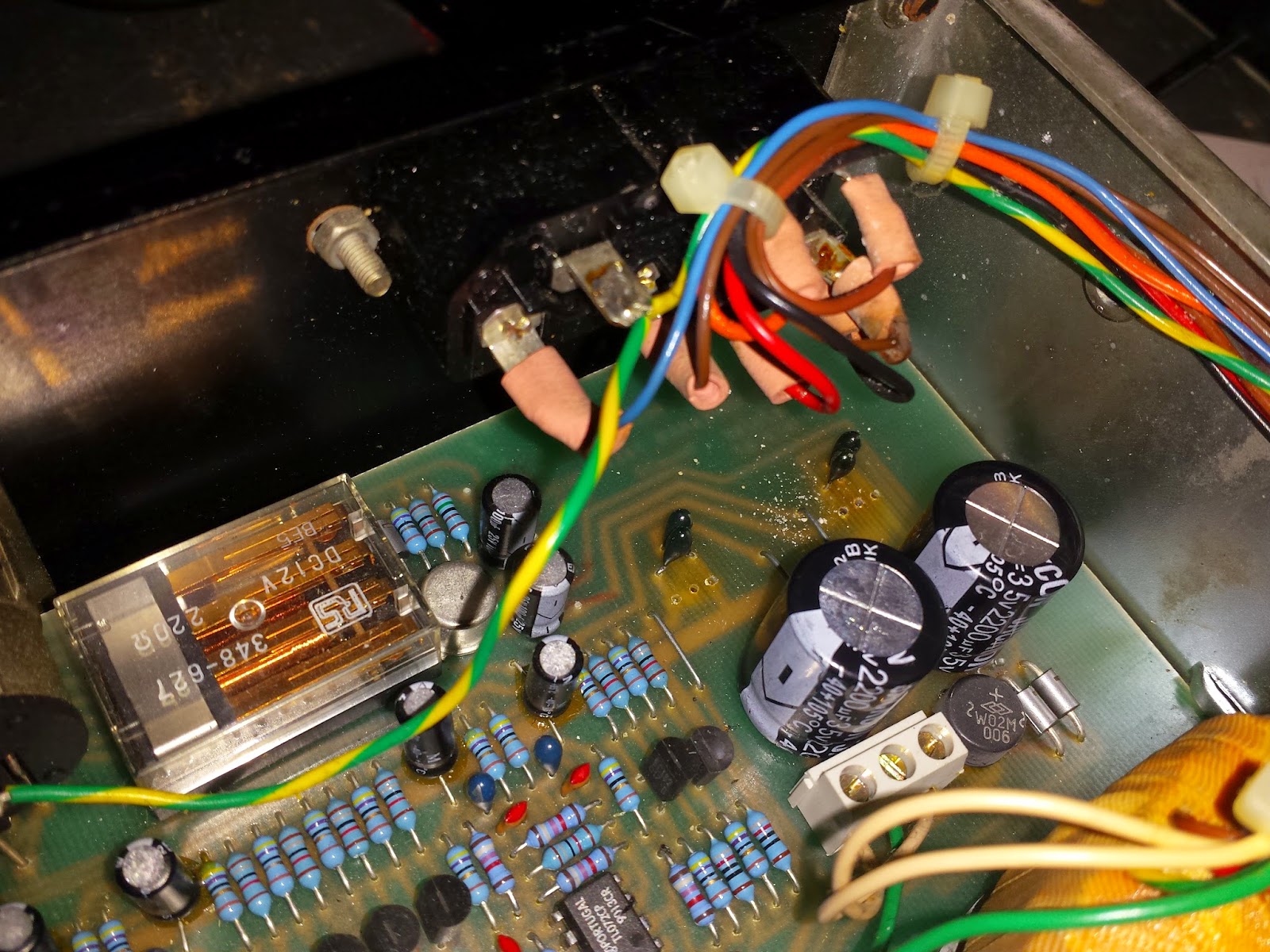 I also took the opportunity to fix a rather glaring design flaw in the MX800, which is that the input regulators were literally millimeters away from the mains input socket. It seems like a simple knock could result in the heatsinks touching +-240v AC - perhaps this is why the regulators blew in the first place. I decided to move the regulators to the underside of the board, and screw them to a support strut on the underside of the case with much beefier heatsinks to boot : 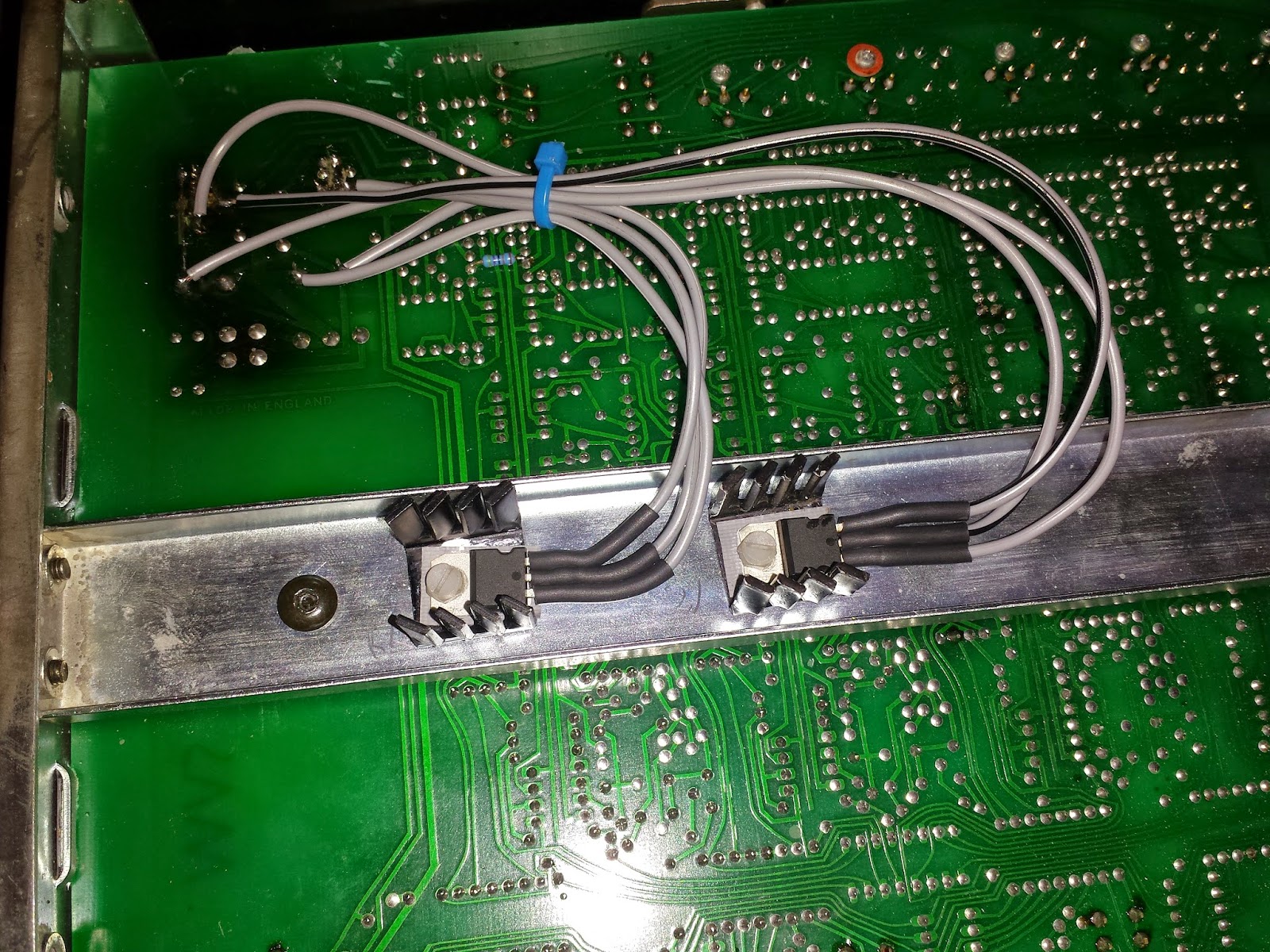 I used SIL-Pads and nylon screws to avoid ground loops, and epoxied them into place to stop them moving around. The unit powered up perfectly on the first try. A quick sound check with the workshop speakers proved all channels still worked. I have yet to do a burn-in test with the new heatsink configuration, but after 20 minutes of running all 8 outputs the regulators didn't get more than slightly warm.

We will be testing the crossover with the full setup on thursday night.
Posted by Andy at 17:36 733 comments:

It's in fairly good cosmetic condition (in fact it looks very pretty) but there's something up with the output circuitry, it sounds really shrill and nasty. Since the effects loop gives out a perfect sound it must be the master output. I'll have to go over the circuit with an oscilloscope.

The phono/RCA connectors on the back are slightly corroded, and generally feel incredibly loose since they're mounted to a PCB rather than being chassis-mount. I'll likely replace them with high-quality gold plated connectors, possibly by making another PCB. The XLR connectors are similarly corroded but they can be replaced easier as they are chassis mount.

Apart from that, per-channel effects loops would also be great as the UREI does not have per-channel EQs. Giles also wants the master EQ and per-channel balance controls bypassed, and also is asking if we can have per-channel cue buttons like on the Pioneer DJM series. I'm sure all this will be possible. 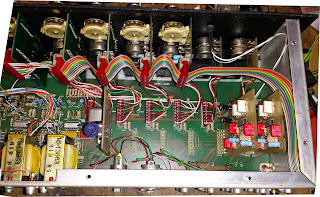 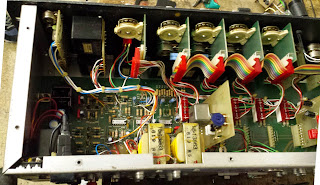 We are IE - Comparing every version of Internet Explorer

Since IE9 came out, I thought it would be a good idea to install every version and compare them. I also ran the Acid Tests on each version.

Chain of fools : Upgrading through every version of Windows

Here is a video presentation covering an experiment I recently performed, in which I upgraded through every major version of Windows. Below that I'll try and add some detail that I didn't cover in the video.


My parents have had a PC since I was about 5, so I have many nostalgic memories about early versions of MS-DOS and Windows. This is probably why I chose this project, as it gave me a chance to relive some of those memories, and finally gave me something to do with my cupboard full of old computer software.

I got the idea from a 90s computer magazine article I vaguely remember (possibly from PC Format?), which essentially did the same procedure but only from Windows 3.0 to Windows 98. Since virtual machine technology is much more mature now, and there are four additional versions of windows, I thought it would be a great time to repeat the experiment. I installed Doom 2 and Monkey Island as tester applications, as I found the installation disks for them while I was looking for Windows disks, and those were two of my favourite games from the period (and still are).

The whole procedure took 3 days, of which approximately 12 hours was spent doing the actual installing - the rest of the time was spent trying to obtain valid copies of windows. One of the biggest problems was that Windows 95 and 98 came in two versions - Upgrade and Full. I had old disk copies of every Full version of Windows, but they cannot upgrade earlier versions. Luckily I was able to borrow a Windows 95 upgrade disk from a friend, and 98 was installed by renaming system files to trick it into upgrading.

Another hurdle that had to be overcome was one of system requirements. MS-DOS uses the FAT16 filesystem, which only supports partitions up to 2GB in size. This was no problem until Windows XP, which required a comparatively large amount of space - at this point, the filesystem was converted to FAT32 and resized to 25GB using the GParted Linux LiveCD, which is a fantastic little utility. For Windows Vista, the partition had to be converted to NTFS using the built-in converter tool.

I was pleasantly surprised to see the DOS versions of Doom 2 and Monkey Island still running in Windows 7 after all these years. Microsoft has had a lot of stick through the years (not least from me) but this really is a laudable achievement.

If I were to perform the experiment again, I would probably try finding a few Windows 1.0/2.0 applications and installing them to see if they were picked up in 3.0's program manager. I was unable to find
any native Windows applications that ran on 1.0/2.0, but I'm told early versions of Word and Excel did.

There is also an alternative upgrade path - instead of going from 98SE to 2000 to XP, it is possible to go from 98 to ME to XP. The former route was chosen as Windows 2000 was chronologically the next release after 98, and in any case I didn't have a Windows ME CD having never owned it. Maybe I'll release an "alternative history" version of the video that does just that, as I still have a VMWare snapshot of the 98SE installation before 2000 was installed.

Why Didn't you Install Windows ME?

Since Windows ME cannot be upgraded to 2000, I chose to install 2000 straight from 98 as it was chronologically the next release. I might do an "alternate history" version to see what going from 98 to ME to XP looks like.


Did Doom 2 and Monkey Island work in Windows 7?

Yes. Sorry I didn't point that out explicitly in the video.


Can you do the same thing with Mac OS?

I don't know enough about Mac OS to be able to say, and I would not be the best person to do that experiment as I have never been a Mac user.


Where are you from?


What's that beeping noise in the background?

My smoke detector - its battery is flat :)